NPR posted an interesting series of charts showing how the country and each state derives its mix of electric power generation: http://www.npr.org/2015/09/10/319535020/coal-gas-nuclear-hydro-how-your-state-generates-power 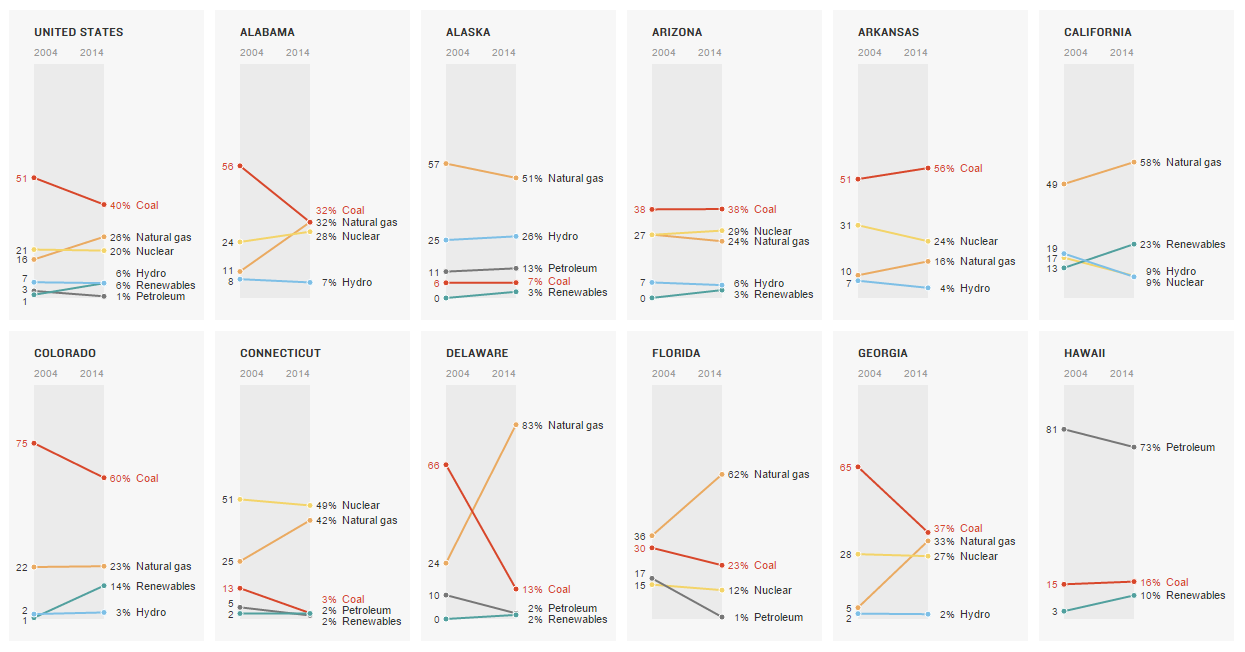 One thing that stood out to me is that something we in the NW take for granted – hydro power – isn’t widely used:

With the exception of the Missouri River dams in SD, I’d guess that it’s a combination of topography (suitable sites), the need to impound runoff for irrigation and flood control (and to a degree, navigation – Snake/Columbia), with a relatively decent amount of water.

Also interesting: contrasting two coal-producing states like WV and WY. The former depends almost entirely on coal. The latter, while still really high (89%), gets 11% from renewables and hydro. Incidentally, MT is getting close to half (44%) of its power generation from renewables and hydro. But OR at 63% and WA at 76% lead the country. (All you have to worry about is forest fire smoke).

ID is, despite its ultra-conservative mindset, is in the running for cleanest state. It gets 62% from hydro, 21% from renewables and 17% from natural gas (the latter being somewhat surprising. AFAIK, natural gas would have to be imported (presumably from WY, UT, and CO). VT gets all its power (with the exception of that portion of Renewables using biofuels) from non-carbon sources. However, 72% is nuclear. Presumably they’re not burying the waste in Bernie Sanders’ back yard.

On our last visit to Kauai, I was struck by how much photovoltaic generation there is now. However, renewables only make up 10% of the mix. HI is still heavily dependent on oil and coal. Midwestern states still love them some serious amounts of coal, yet another “quality” which doesn’t engender a desire to live there. AR actually increased its coal consumption!

In all, these graphs are nicely done and quite informative.